Life Hacks: 3 Ways to Save Thousands of Pounds on University Fees

Here are three ways you can get a proper degree from a reputable university without burdening yourself with debt for the rest of your working life and without buying a fake degree certificate from a spam email company in China!

With British fees reaching an eye-watering £9,000, isn’t it time you looked elsewhere for a degree? Our neighbours in France and Germany pay as little as £300 a year for their fees and, as EU citizens, Brits are eligible for studying abroad for the same price. If you study on the continent, you could save yourself around £8,700 a year. Just think of the number of pints of watered-down beer and tickets to see second rate Indie bands you could buy with that!

If you’ve got an A-level in a certain country’s language, that’s more than adequate for acceptance to study in the country. WIN!

‘But I can’t speak a foreign language!’ I hear you cry. That’s OK – you don’t always have to! Many Nordic countries, plus Belgium, Holland and parts of Eastern Europe have large numbers of degrees where all tuition is in English. This is especially true of Business Studies, Science and IT-related courses. 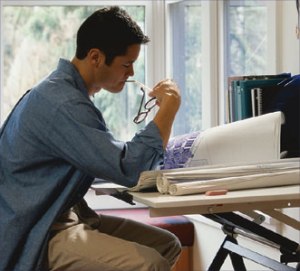 Everybody knows that an Arts and Humanities subject is all about the reading and not about the lectures. Some Arts students will find themselves shelling out £9,000 a year for the privilege of having 6 one-hour lectures a week, plus a couple of 17-to-a-group tutorials with an inexperienced PhD student.

Just about every University out there offers a distance learning programme, where you walk away with a certificate from UCL, Durham, wherever, but for a mere snip of the price. If you really miss the personal contact, find someone locally to teach you one-to-one a couple of hours a week. Most Postgrads and even many professors will happily teach you privately for £30 an hour.

Finally, we come to the PhD. That piece of paper which you sweat blood to write in order to call yourself a non-medical Doctor. If you’re serious about becoming an academic/getting tenure/getting paid to talk crap/pulling young hotties forever, you need to spend four years sweating blood over a PhD thesis, drinking coffee, trying to avoid daytime TV and sucking up to your supervisor, right?

There is another way: PhD by publication. Write some academic articles, get them published, then submit a portfolio of published work to a PhD panel who award you with a PhD based on publications.

What we have here is basically a time-saving hack for anyone looking for a career in academia who is quite good already and doesn’t fancy paying £20,000+ for a piece of paper to tell people how good they already are.

Think of it this way: PHD + writing, say five articles will take approximately 7-8 years of your life. Writing five articles and turning them into a PhD will take approximately two years of your life. Also, while your contemporaries busy themselves writing an endless PhD thesis and watching the Jeremy Kyle Show, you have a PhD AND five publications under your belt. Who do you think will be the most employable?

What are the pitfalls?

You’ve got to be good. Very good. Good enough to have your articles accepted by reputable, peer reviewed journals. Not everyone can do this, but it’s not clear that sitting and writing a thesis for five years will make you any more capable of doing it afterwards, is it?

Life Hacks: How To Get An Oxford Education

Getting into Oxford University is, like, really hard. And it’s, like, really expensive, too. But it must be cool, because David Cameron and Mr Bean went there.

Oxford has another University. It’s called Oxford Brookes, which sounds a bit like Oxford. Especially to foreign employers. Even more so if you leave out the ‘Brookes’ bit. It’s also a lot easier to get into (though it costs the same amount in fees).

The Pros: Oxford without the geeks. The word ‘Oxford’ in your degree. Life amongst the dreaming spires and all that.

The Cons: That nagging feeling at the back of your mind that whispers “you didn’t really go to Oxford, did you”.

While studying in Oxford is all very well and good, it has a fatal drawback: You have to actually be arsed to live in Oxford.

Why not use the power of the interwebs to watch lectures online? It’s like being in Oxford, except without the spotty geeks, three-legged pub crawl participants, hooray Henries and Cowley crack whores.

The Pros: Learn from the greats at your own pace.

The Cons: It is an internet thing and therefore mostly ephemeral.

It’s a not-very-well-advertised fact that members of the public can attend lectures at Oxford University. At the discretion of the college, you could attend a series of weekly lectures for as little as £60 per term. Basically, peanuts. Then you could buy a year’s subscription to the Bodleian Library, costing the princely sum of £38.

But what about the one-to-one tuition that Oxford is so famous for? Well, you could advertise in the Daily Info for a private tutor. You’ll find a PhD student or junior academic is willing to teach you one-to-one for £25 an hour.

The downside? You won’t get a degree. You’ll have nothing to show for your efforts except, like, actually knowing stuff.

The Pros: An actual Oxford education, without the stress or the essay deadlines.

There are private colleges around Oxford which cash in on the ‘Brookes Effect’. You can spend a few weeks in Oxford doing a short course in anything from beginners’ English to advanced Calculus for a few hundred quid. And the colleges have names like ‘St Cuthberts College, Oxford’ or ‘Marlborough College, Oxford’. You also get to hang out in the Turf Tavern, go punting, pick up some received pronunciation and generally feel like an extra from Brideshead, Downton et al.

The Pros: A certificate bearing the words “Studied English at Regency College Oxford” or some such gubbins.

The Cons: ‘Con’ is the definitely the operative word.

Sit in The Eagle and Child or The Lamb and Flag, wear tweeds and talk about Marxism. Soon enough, everyone will assume that you’re a Queen’s Fellow anyway.

The Cons: Can’t remember. Whose round is it?

LIKED THIS?  NOW READ: How To Pretend To Be Great At Piano When You’re Not.

Life Hacks: How To Pretend To Be Great At Piano When You’re Not

If Mr Nibblesworth can play ‘Imagine’, so can you.

Wouldn’t it be great to play the piano like this cat? Yep, but in the words of Gordon Gecko:  Time is money and life’s too short to smoke bad crack.

Instead of spending 10,000 hours hunched over the ivories, memorising chords, building muscle memory or – worst of all –  learning to sight read, you could be chillin’ with your homies, sippin’ gin and juice and partyin’ with dirty naked freaks.   Just learn to play one of these songs.  It’ll take, like, two days.  Promise.

Wow your dinner party guests with this incredibly simple, yet ridiculously effective piece.

Based on simple right-hand arpeggios and two-finger bass chords, this piece can be begun in a day, learned in a week and perfected in a month by any beginner who’s willing to put in the effort.  No-one can argue with Beethoven, let’s face it.

In a word: Beautiful.

In spite of enjoying being photographed in soft focus in empty rooms with huge, white, kitschy pianos, John Lennon was not much of a piano player.

The song is based around long, slow chords of C and F and only includes one black note.  If it’s good enough for Mr Nibblesworth…

Probably not a good one to bash out at a dinner party, unless your dinner guests are European intellectuals or Zen monks.

Four minutes and thirty three seconds of silence is not the most challenging of pieces to play. In fact, it’s much harder to listen to than to play. This one takes a second to master, but a lifetime to understand.

NOW READ:  Stuff Europeans Do #1:  Not Want To Live In America

Whatever Happened To The Leisure Society?

[EDIT:  I’ve made this post sticky, as this topic is back in the news again!  Mostly since Oxford university researchers announced that over 40% of jobs will be taken by robots soon . It’ll be interesting to see what really does happen, whether (as I suspect), people will just be kept busy doing ever more ludicrous […]